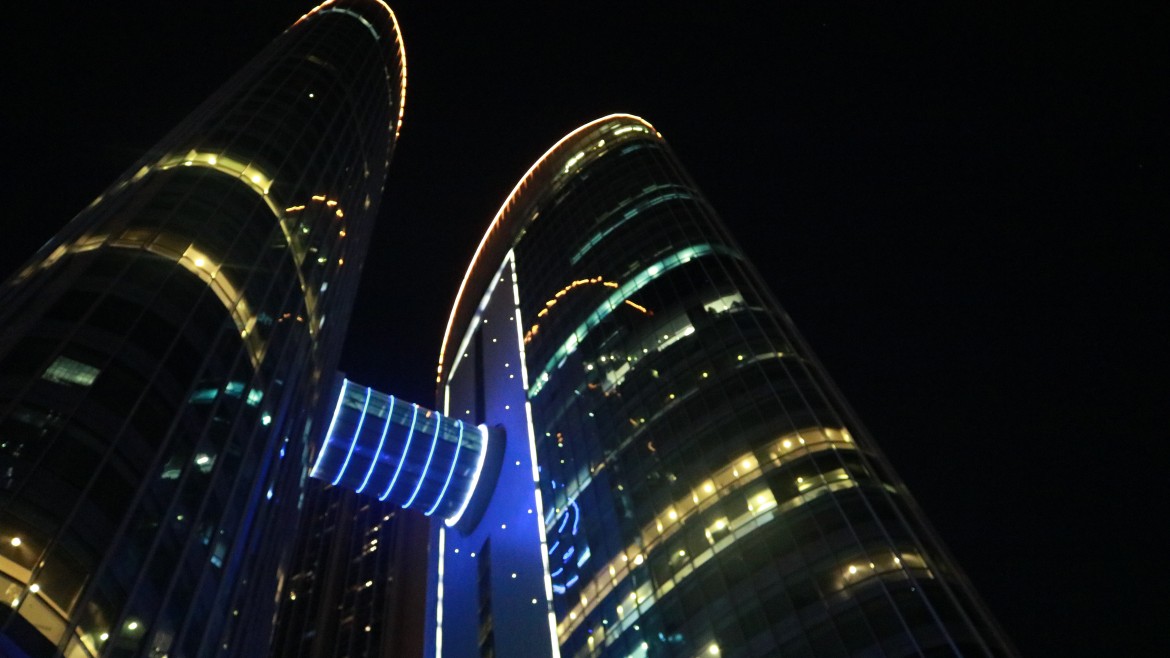 Emirates Financial Towers, a joint venture project between ENSHAA and MAG Group, is a premier commercial development located in the heart of the Dubai International Financial Centre (DIFC). The project is expected to be the first development to lodge a fully compliant strata plan within DIFC, in line with the DIFC’s Strata Title Law. The Strata Title Law establishes a system of guaranteed freehold titles to units in buildings in the DIFC and is based on a system originally developed in Australia and now in use in many developed countries around the world.

The law also creates an administrative structure designed to handle the day-to-day management of buildings that helps overcome the complexities of co-owners’ association constitutions, master community declarations, and the like by introducing a simple but comprehensive system of rights and responsibilities. A developer’s strata plan reflects how the building is to be subdivided, and upon registration of the plan a body corporate automatically comes into being.

“The introduction of the Strata Law is a significant step for the growth of the property law in Dubai. A fully operational strata system as adopted by Emirates Financial Towers will assist in bringing the DIFC market more in line with other leading cities and will increase consumer confidence.” Says Dr. Hani Abu Auida, Chief Executive Officer of Emirates Financial Towers.

According to Stephen Kelly, Legal Director – Real Estate of Clyde & Co, a leading legal advisor for Strata Law in the UAE and advisor to many prominent developers, master developers, hotel operators and industry professionals, “The strata plan for Emirates Financial Towers is expected to be the first fully compliant strata plan to be lodged within the DIFC, which is a notable achievement considering many developers’ reluctance to move forward with their compliance requirement.”.

Clyde & Co was engaged by Emirates Financial Tower LLC to assist with its compliance obligations under the DIFC Strata Law to enable the subdivision of the tower and the issuing of titles by the DIFC Registrar to the owners. This involves advising with respect to the title structure for the development and the preparation of the constitutional documents that are required to be registered with the DIFC Registrar under the Strata Law.

“Although a small number of developments with multiple-ownership have been handed over in the DIFC, and the DIFC Registrar has in one instance issued ‘interim titles’ outside of the DIFC Strata Law framework, it is understood that Emirates Financial Towers will be the first development in the DIFC where the developer has fully complied with the DIFC Strata Law and freehold strata titles issued to the owners,” says Kelly.

Emirates Financial Tower LLC has been committed to being a leader with respect to strata compliance in the DIFC and has invested in ensuring that the tower’s plans and constitutional documents are prepared in compliance with the strata law to enable lodgement with the DIFC Registrar as soon as practicable after completion of the tower.

“The DIFC Strata Law will enable Emirates Financial Towers to be managed within an environment of transparency as it relates to title guarantees and certainty as it relates to management of the Body Corporate for the long term benefit of all owners in the development”, says Kent O’Brien, CEO & Managing Director of Strata Global.

Emirates Financial Tower LLC has adopted a ‘best practice’ approach in formulating the title structure and preparing the plans and constitutional documents for Emirates Financial Towers and it is anticipated that the DIFC Registrar shall register the tower and issue titles to owners without any undue delay following lodgement.